We represent Downey Youth Baseball on a Pro Bono basis in this matter. In June 2020, James Medeiros resigned as Downey President. Subsequently, the new President and Treasurer reviewed the Downey Youth Baseball bank records and discovered several accounting discrepancies. On October 19, 2020, after a preliminary investigation, The Law Offices of Sean M. Murphy, P.C., on behalf of Downey Youth Baseball, Inc. filed a civil action in Brockton Superior Court against James Medeiros. This alleged theft has caused a significant financial hardship to the league. It is unfortunate for this type of thing to happen to anyone, let alone to kids. Please help these kids out by sharing and donating to their Go Fund Me page. The Law Offices of Sean M. Murphy, P.C. has agreed cover all litigation costs and any donations made will go directly to the league to help rebuild for the upcoming season. 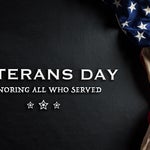 The Law Offices of Sean M. Murphy, P.C. would like to thank all who have served and continue to serve.

Massachusetts' highest court recently ruled in a case of first impression that a workers' compensation insurer is not entitled to a lien on the money award Source: Massachusetts Court Rules on Damages for Injured Workers

Injured employees are entitled to keep money awarded for pain and suffering, regardless of any workers' compensation benefits they receive, according to a Supreme Judicial Court ruling. Source: SJC ruling protects damages for injured workers – The Boston Globe

Stacey Belle's attorney said he believes it is one of the biggest sums in damages in Maryland awarded against a hotel for a bedbug case. Source: Jury in Prince George's County awards woman $100,000 in bedbug case – The Washington Post

Estate Planning should be updated every time there is a major life event such as a marriage, birth, death, divorce. Source: Dee Lee Of WBZ NewsRadio 1030's Money Matters Does Some Estate Planning « CBS Boston

Max, Bella and their canine comrades cause more than one-third of all home insurance claims, adding $530 million a year to insurance costs. And while the n Source: When Dogs Bite, Home Insurers Pay Average $32,000

Massachusetts Gov. Charlie Baker and the Division of Insurance announced that the United Services Automobile Association (USAA) has been approved to offer Source: USAA to Offer Rideshare ‘Gap Protection' Coverage in Massachusetts

If you rent in Boston, do you have to shovel your sidewalk? – Massachusetts news – Boston.com

With Boston snowfall comes the question of whether the city's tenants are responsible for shoveling their own sidewalks. Here's the answer. Source: If you rent in Boston, do you have to shovel your sidewalk? – Massachusetts news – Boston.com

An appeals court ruling provides some clarity on when short-term annuities can be used for long-term care expenses. Source: Court Clears Path for Medicaid-Compliant Short-Term Annuities

Be Aware to Whom You Bequeath Your Nest Egg AARP Michael T. Palermo – AARP

Seemingly small mistakes could lead to Probate litigation and disputes among family members. Beware of leaving a certificate of deposit payable on death (POD) to only one offspring; the potential for a family feud is obvious. Source: Be Aware to Whom You Bequeath Your Nest Egg AARP Michae...

Thank you for contacting us. We will get back to you shortly.

Please complete all required fields below.